House Bill 867 would reclassify some full-time independent contractors as employees, forcing many undocumented workers to provide documentation and go through E-Verify.

This would drastically reduce their work opportunities and force some to leave jobs they’ve been doing for years, including in construction and the service industry — two fields facing major labor shortages.

Chilling effect on the economy

The legislature is also expected to once again take up Senate Bill 101, known as “Require Cooperation with ICE 2.0.” Such laws hurt the state.

They deter undocumented people, including crime victims and witnesses, from having any interaction with law enforcement.

They divert police resources and attention away from violent crime, and have a significant chilling effect on the economy as workers and businesses choose to move elsewhere.

This is precisely what happened in Arizona after the state passed a similar, now defunct, law. And it’s why our state defeated a similar bill in 2019.

There are over 865,000 immigrants in N.C., according to the nonprofit New American Economy.

North Carolina politicians need to wake up. The state is changing, and anti-immigrant policies can’t stop that.

Building barriers and adding new restrictions will only hurt us all in the long run. Instead, we need to expand access to jobs, education and health care so that all residents can work hard and provide for their families without fear.

Eliazar Posada Is a nonprofit professional, activist and community organizer. He provides strategic planning and fundraising consulting to nonprofit who are ready to adapt and thrive. Más de Eliazar Posada 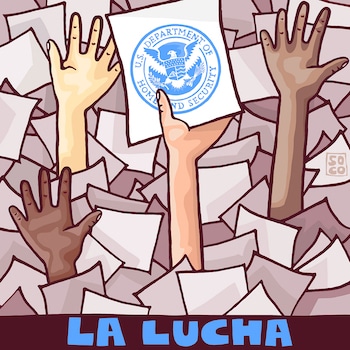