We are dedicated to produce journalism of public service, in Spanish, independent, truthful and non-partisan, on immigration issues, state policy, government and community, and state affairs of North Carolina.

Furthermore, to divulge information that empowers and encourages the diverse community of Latino / Hispanic immigrants in the state to generate movements, so that they can be more involved in social, political and economic changes that benefit them.

Enlace Latino NC is an independent nonprofit news organization. We are the first digital media in Spanish that covers politics, government, immigration, and community affairs in North Carolina. We publish nonpartisan and truthful journalism, professional and investigative news in several ways: a website, podcast, a radio show and newsletters aimed at different Latino immigrant communities in our region.

We are creating the first space committed to our readers to encourage them to be more involved in the social and economic changes that benefit their community. After more than 15 years of covering the state legislature, and other stories in Hispanic media in North Carolina we know the political leaders, the non-profit organizations that serve the community, and the complex diversity of the almost one million Latinos that reside in the state. We strongly believe that if Latino / Hispanic immigrants in North Carolina want to make changes they need to be informed about the policies that affect them.

We know that for Latino immigrant communities in North Carolina, politics feels like something very far away. What happens in the State Capital, the General Assembly and the Government is distant. Normally we believe that public policies, laws and the Government do not have or have a slight impact on our lives.

However, the reality is that they do have it although it goes unnoticed on a daily basis. Enlace Latino NC aims to help close that information gap between the diverse Latino immigrant community and the policies that affect them. 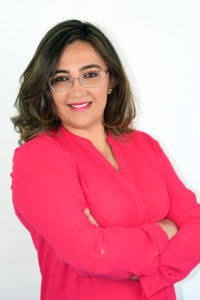 Social communicator-journalist. Born in Colombia, she has lived in Raleigh since 2004. Passionate about research and the community, her work has been recognized with more than 24 national journalism awards by the National Association of Hispanic Publications of the United States (NAHP). She considers that now more than ever, it is urgent to create new journalistic spaces that tell well written, informative, and educational stories providing the community with the necessary tools to make informed decisions. She has been a reporter for the newspaper La Noticia for the Raleigh / Durham area, as well as collaborating editor for the Charlotte, Winston Salem and Asheville areas. For three years, she was also a correspondent in Raleigh for Accent Latino, the Spanish-language publication of the Fayetteville Observer newspaper circulating in and around Cumberland County. Previously and for more than 12 years, she worked as editor of the newspaper in Spanish La Conexión in Raleigh. With an experience of more than 20 years in journalism, in her native Colombia, she worked as coordinator of communications, projects, and external relations with the community developing programs towards disadvantaged populations in state and private companies. 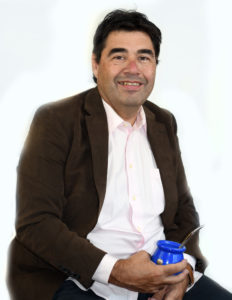 Social Communicator, Journalist and independent photographer. Currently collaborating with Hola News in its editions of Charlotte, Winston Salem, and Jacksonville, Florida. As a photographer, he collaborates with the EFE News Agency covering the Carolinas and the state of Tennessee. His work has been recognized with more than 20 national journalism awards by the National Association of Hispanic Publications of the United States (NAHP). Considers and take literally the words of Gabriel García Márquez that journalism is the "best trade in the world, an insatiable passion that can only be digested and humanized by its stark confrontation with reality". For nine years he worked at the newspaper La Conexión in Raleigh where he served as a principal reporter and sports editor. With experience in his native Argentina in the development of community and remote journalism, developing and creating community radios and newspapers in unfavorable areas of that country. With more than 16 years of experience in the field of journalism and social communication, today, he also works as tasks coordinator of El Colectivo NC at the state level, joining efforts with organizations, grassroots groups and allies in defense of the immigrant community.

Enlace Latino NC is a project of the el Colectivo de Comunicación Participativa of North Carolina (CCPNC) a 501 (c) 3 non profit founded in the state in 2017, which operates under fiscal sponsorship of El Centro Hispano.

We have received support and donations from: Hispanics in Philanthropy (HIP) and the North Carolina Local News Lab Fund, an initiative of Democracy Fund and Z. Smith Reynolds Foundation.

Enlace Latino NC also has the advice of Janine Warner, co-founder and executive director of SembraMedia, a non-profit organization that helps digital media entrepreneurs become more successful and sustainable, along with a team of professionals in different areas.