Read this story in Spanish

NORTH CAROLINA, Raleigh- Before this pandemic swept the world of its routines, Sundays were for rest. And for many Latino families in North Carolina, that meant eating out with friends and family. It meant standing in line at favorite taquerias for menudo or birria. It meant splurging on brunch margaritas at places like Jose and Sons in Raleigh, or gathering all the kids for a night of churros and cafecito at Cocoa Cinnamon in Durham’s Lakewood neighborhood.

Some people work on Sunday. Many of these jobs are in restaurants like these, places where locals gather among tourists, where Latinidad is expressed and shared through food. But as restaurants shutter across the country due to the coronavirus pandemic, these forces of community exchange have shrunk. And restaurant jobs have nearly wiped out.

Nationwide, millions of restaurant workers are out of work. The North Carolina Restaurant and Lodging Association estimates that over 75% or 361,425 of N.C.’s restaurant and foodservice workforce have faced layoffs as a result of closures and reduction of staffing associated with the coronavirus pandemic. (The NCRLA estimates that the foodservice industry supports jobs for a total of 481,900 North Carolinians.) A record number of 3.3 million Americans have already filed for unemployment as of Thursday, according to the Department of Labor.

For the workforce that qualifies for unemployment, N.C. Governor Roy Cooper lifted the one-week waiting period for benefits during this pandemic. But undocumented workers cannot collect unemployment benefits from the government, despite paying billions of dollars in taxes every year.

As local restaurateurs rally for support to help small businesses, many Latino restaurant owners are focused on ways to maintain workers’ wages. Because for them, it’s personal.

“We need to speak out about who we’re looking out for,” says Oscar Diaz, chef-owner of Raleigh restaurants Jose and Sons and The Cortez Seafood and Cocktail. “We can keep people anonymous to be safe. But we’re humans, and we’re Latinos. This is one of my concerns.”

Restaurants like Diaz’s, which are still open for takeout and delivery, are barely scraping by. With already slim profit margins, Diaz says that at this point anything the restaurants earn is going to pay their staff. Charlie Ibarra, co-owner of both restaurants, says they are dipping into savings to help pay workers.

Their message is clear, as stated on The Cortez’s social media accounts, “As we scramble along our fellow industry colleagues to rearrange our staff and our business into an alternative temporary means, we are driven by two things that have been on our minds daily: How do we act as responsibly and resourceable as possible with our team and our offerings? How do we help those in the shadows and unable to receive benefits? We are all in this together and as mentioned our minds are also heavy with concern for friends and folks not able to qualify for unemployment and other safety nets.”

Aside from food, customers can also purchase T-shirts and hats from Jose and Sons online, with 100% profit going to workers. “Hola Y’all,” the restaurant slogan, is emblazoned on the design. Those same words used to greet guests through a floor-to-ceiling glass door, its message highlighting the proprietors’ Southern-Mexican identity reflected the state’s growing immigrant community. Now, with the doors locked, customers can’t go inside. Instead, one staff member serves bags of food curbside or at arms length through a car window, the server’s hands wearing latex gloves.

It’s no secret that the restaurant landscape in N.C. has changed tremendously in the last decade. The food scene is one of our state’s strongest draw for tourism. According to the NCLRA, the combination of hotels and restaurants contributes $23.5 billion dollars to the state economy annually.

Much of that is rooted in an immigrant workforce and the food inspired by the thriving multicultural landscape in the South. But what this pandemic has proven is how unsustainable the revenue-boosting restaurant industry is. Lacking government protections, both owners and workers are left to fend for themselves.

The Little Waves Coffee roastery is also located at the Lakewood shop. Barrera de Grodski sources coffee beans from all over the world, at least half of them from relationships she has cultivated with small producers in Latin America. Their employees rely on their whole business, too.

Little Waves is selling bags of coffee beans online to ensure her team continues to get the living wages of $15 an hour. The roastery and coffee shops are promoting a campaign to sell 230 bags of coffee a day, shipped nationwide, in order to maintain a temporary income stream to support wages. You can order at littlewaves.coffee.

“We’re trying to crunch the numbers and determine what it actually takes to keep our employees employed,” says Barerra de Grodski. “I wish we can afford to give everyone sick pay leave and close the shops because it’s the most socially responsible thing we can do. But it’s not in the cards for us.”

Cocoa Cinnamon and Little Waves became living wage certified in the city of Durham in 2015. Out of 48 employees, 17 are immigrants (including Barrera de Grodski, who is from Mexico), with several more coming from immigrant families.

Of course, more Latino business owners in the state are in the shadow of the foodie spotlight. Taquerias are scrambling to find ways to make new restrictions work and to stay open, while others have been forced to close. Diaz hopes to collaborate with some of his taquero colleagues to help them earn money, too.

In Raleigh, Angela Salamanca closed her popular downtown restaurant, Centro. She set up a fund at centroraleigh.com to donate to her staff. Salamanca is involved in conversations both on the national and state level in which restaurant owners from small businesses to large corporate chains are working to create better plans.

But the conversation around undocumented immigrants is still off the table. Salamanca says that, because she is a Colombian immigrant who is a U.S. citizen, she feels she has a “louder voice to speak up about these issues.”

“In the conversations, it is clear that everyone is pushing for unemployment benefits to be wide and broad,” she says. “I’m all for that, but what happens with the folks who are not eligible to apply for unemployment? It’s a big part of our industry, but it’s a sensitive “don’t ask don’t tell” part of our industry that no one wants to talk about.”

“It’s the same population who six months ago we were talking about being completely afraid of being rounded up by ICE,” she adds. “How do we support them now? I need to see support without any restrictions, without any government applications.”

One such stream of support is the North Carolina Restaurant Workers Relief Fund, created on March 17 in response to the layoffs resulting from the coronavirus pandemic. The original fund was started by the Frankie Lemmon Foundation with nationally acclaimed, Raleigh-based chef Ashley Christensen and AC Restaurants Brand Director Kaitlyn Goalen. It garnered several thousand applicants in one week. It has since partnered with the North Restaurant Association.

According to Goalen, anyone can apply–even undocumented workers. “We created this knowing there are people in this workforce who are affected who can’t apply for unemployment,” she says. “The criteria of who can apply is pretty broad.”

The application is available in English here and Spanish here. To donate, click on this link. Fund will be distributed by lottery, according to the website, after a board establishes how each application meets its criteria. Assistance will be for direct payments, like rent or other bills.

ROC United, a national organization promoting fair wages for food service workers, launched the One Fair Wage Emergency Fund on Thursday. All tipped and service workers are eligible to apply. Information in Spanish is available here. The type of assistance is broadly defined and based on each applicant.

On the policy end, many local chefs urge everyone to sign a petition created by the Independent Restaurant Coalition demanding Congress take action. Under the campaign #SaveRestaurants, the demands include “a six-month income replacement program valued at $440 billion, conditioned upon full and continued employment of all restaurant staff, payment of rents to landlords, and ongoing payables to suppliers.”

For more information and to sign the petition, www.saverestaurants.co.

On Friday, Lantern Restaurant in Chapel Hill announced it closed its doors for the foreseeable future and laid off its staff. The restaurant started a Lantern Kitchen Relief Fund for its dishwashers, porters and chef who the restaurant said “are the heart and soul of Lantern.” You may donate via GoFundMe here. 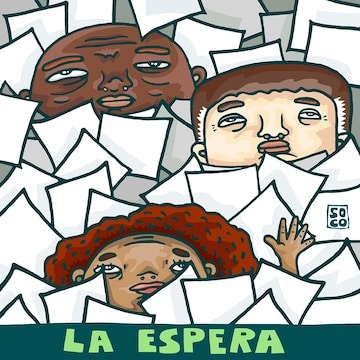