Community groups and the pandemic

Many Latino community groups, like La Semilla in the Triangle, fought COVID-19 by working on public health initiatives and providing financial and food assistance to immigrant families — the majority undocumented — who lost their jobs or homes in 2020. Similarly, other organizations honed in on the election year, mobilizing more than 55,000 Latinos to register to vote since the 2016 election and hosting Latino-themed voting site parties across the state.

The pandemic unveiled the effects of historic systemic inequities on people of color and pushed the public discourse for change. Latino communities sprung into action out of necessity, one rooted in a long legacy of community organizing with and for undocumented people. And the underlying fight fueling every action, every food drive and every political strategy: the fight against U.S. Immigration and Customs Enforcement, or ICE.

In March 2020, ICE agents approached an immigrant father and his daughter outside of a mall in Cary and tried to detain them. After ICE’s initial move, a community verifier network immediately responded and arrived at the scene, recording video of the incident.

Kelly Morales of Siembra NC said organizers walked the family through their rights, which ultimately led to the officers letting them go. In addition, Siembra NC held a training in a neighborhood near where the arrests happened. Members of at least a dozen families attended this training.

“Our families are at risk of being detained. A lot of family members are not reapplying for TPS or DACA. They drive us to school and risk being separated,” Morales said. “Seeing that in my community and in my family, part of the ‘why’ is that we are creating our solutions as we are organizing.”

In 2020 at least 15 N.C. county law enforcement agencies signed agreements with ICE. This was done under a new version of 287(g) or ICE’s Warrant Service Officer Program. The agreement allows local officials working in the county jail to serve federal arrest warrants on behalf of ICE. The Immigrant Legal Resource Center calls it “287(g)-lite” and says in its explainer that “delegated officers get less training and are only authorized to have a single function, which is to execute ICE administrative warrants of arrest within the jail.”

ICE presence in 2020 has been “constant, but not aggressive,” said Martha Hernandez of Raleigh’s Comite De Acción Popular. Still, her group upped its efforts to empower undocumented immigrants and allies in Wake County to be ready for anything. Comite De Acción Popular uses RadarSafe as a hotline to alert each other about and verify police and ICE activity. This inlcudes checkpoints, raids and ICE arrests of individuals out in public, at home or at their workplace.

After a massive, historic ICE raid at a Mississippi chicken plant in August 2019 — considered the largest ICE raid ever in a single state — Hernandez said the group began training volunteers for Wake Resiste. This is a newly formed network of individuals, community-based groups and organizations.

Hernandez said Wake Resiste will firm up about 10 separate subgroups in the next few months. Its efforts include the formation of a legal team and another focused on humanitarian aid. All subgroups will work together to support immigrant families and individuals affected by law enforcement.

A learning curve has been training some community members on how to use online organizing tools during a time of quarantine and social distancing, said Hernandez. Another has been getting allies up to speed.

“Most of us who started this project are already wrapped up in this situation,” Hernandez said of the immigrant community members. “There are others (allies) who have no idea, but are eager to learn.”

According to anecdotes among the North Carolina immigrant community, most immigrants arrested or detained by ICE in 2020 had been previously processed by the agency. Mecklenburg County experienced an uptick in ICE activity in October, according to Stefania Arteaga, co-founder of Comunidad Colectiva. When nearby Cleveland County entered the Warrant Service Officer agreement with ICE, community organizers jumped into action with virtual Know Your Rights trainings.

“We did a heavy campaign about not opening your door,” Arteaga said.

The Latino community is organized

Comunidad Colectiva ran a successful campaign to end 287(g) in 2018, a policy which had a decade-long run. Their work was featured in the Netflix documentary series “Immigration Nation.” Arteaga said that in the past the Charlotte area has experienced increased ICE activity in February and March. This time she wants her community to be more prepared.

“We are revamping our verifiers network to be able to activate quickly whenever things kick off again,” she said. “Since ICE enforcement has gone down for now, we are trying to figure out a better understanding on how we can provide other types of mutual aid to the community.”

Through a $100,000 grant from the Foundation for Carolinas and individual donations, said Arteaga, Comunidad Colectiva gave out $130,000 in financial assistance to immigrants during the pandemic.

“When people don’t have the income, it’s impossible to afford an attorney,” Arteaga said. “So I thought, ‘let’s create an alternative and focus on people detained regardless of pending charges.’

Recognizing Comunidad Colectiva as a “sister organization, the organizing, verifying wing,” Arteaga said the network works closely with the verifiers to prepare for potential raids as well as when someone gets arrested on the way to work or home. The network also works with existing verifiers throughout the state, including Radar Safe and Siembra NC.

Morales of Siembra NC, based in the Triad, said the new agreements with local law enforcement and ICE can be viewed as “retaliation” for community organizing.

“We have seen this pattern in North Carolina of multiple years in a row where ICE as an agency has shown that they use retaliation and fear as a crucial tactic,” she said.

“We deserve our dignity»

Popular activism against police violence and a rise in political vigor in 2020 showed that more Latinos are activating their communities. Siembra NC, for example, trained members of the Latino communities, including undocumented immigrants, to protect the polls and serve as witnesses during voting.

“We deserve our dignity. If representatives aren’t giving it to us, part of the job is to create community solutions,” said Morales. “It’s a beautiful way to be able to actively respond without surrendering to a life of fear.”

Organizers are also quick to point out that the 2018 progressive sheriff elections were a turning point in establishing less ICE presence.

“I don’t think we would be having this conversation if Wake, Durham and Mecklenburg all hadn’t had such contentious sheriff races in 2018,” said Felicia Arriaga, sociology professor at Appalachain State University. “That’s the only reason this [new Warrant Officer Service] program has become so popular: ICE recognizes they don’t have these strongholds anymore.”

She added that this year’s “in-depth conversations about police budgets contribute to a larger discussion on the national understanding of how law enforcement should be held accountable.”

“It’s exciting to me where partnerships have formed during the pandemic that will strengthen the fight against ICE and whatever can happen in 2021,” she said. 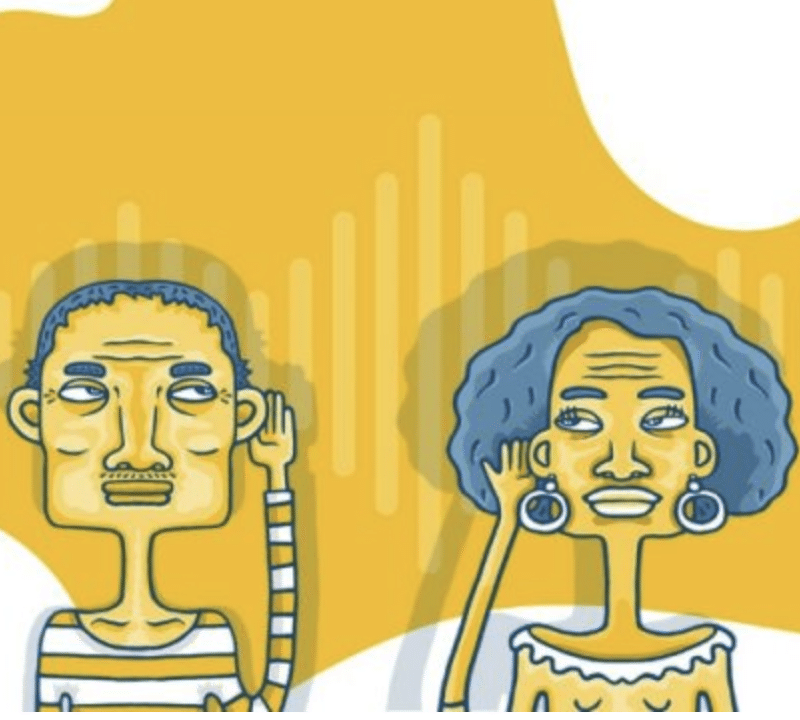